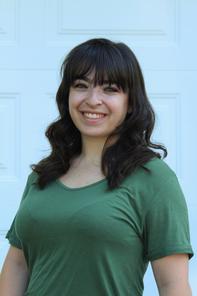 Brittni grew up in Northford, at age 2 she began her dance education at Judyth Parks Academy of Dance Arts in Wallingford. From there she continued her dance education at Naugatuck Valley Community College, graduating with a degree in Visual Performing Arts; Dance. While at Naugatuck Valley Community College, she studied extensively in Jazz, Ballet, Modern, and Dance Pedagogy. She was also a member of the dance ensemble, Directed my Elena Rusnak at NVCC, which worked closely with Matthew Westerby Company, Sokolow Dance Foundation, Master classes with Martha Graham Dance Company, and many others.

After college, Brittni performed with Onstage Dance Company in Boston, MA for two seasons. She also, was on Good Morning America for Madonna's Addicted to Sweat Work-out, to perform for the launch of it. She has over twenty years of dance experience, has been teaching and choreographing for over seven years, and has award winning choreography.

Felicia has been dancing for over 15 years, trained in Tap, Ballet, Jazz, Hip Hop, Lyrical, and Pointe. She Assistant taught for over 3 years as well. Felicia trained for 4 summers at Dance Olympus Dance Convention in Boston. She was also a member and a captain of the North Branford High School Dance Team in High School. In the Summer of 2012, she danced on Good Morning America for Madonna's Addicted to Sweat Workout. She has a Bachelors Degree in History from Central Connecticut State University and is Certified in Progressing Ballet Technique. Miss Felicia continues to further her dance training by taking classes at Broadway Dance Center in New York and taking Master Classes.

Juliana has been dancing for over 20 years and was a competitive dancer for 5 years. She has trained in Ballet, Tap, Jazz, Hip Hop, Contemporary, and Pointe. She was also, a Assistant Dance Teacher for 5 years. She also continues to take classes at Broadway Dance Center in New York. Juliana started tumbling at age 5 and continued threw High school. She was a Cheerleader for 13 years and Competed for 3 years. She also teaches Adaptive Classes; Recreational and Tumbling Classes. Juliana is a graduate in May 2017 with her Degree in Disability Specialist and is also a Medical Assistant!

Miss Cassie: Dance Instructor
Cassie has been dancing for over 18 years and is trained in Ballet, Tap, Jazz, Hip-Hop, and Contemporary. Starting at a young age, she began assisting dance classes and creating choreography. After graduating from high school in 2015, she attended Roger Williams University. During her four years at RWU, she remained heavily involved, including her participation in RWU Dance Club. She choreographed many pieces for their showcases and was President of the club in her senior year. Cassie graduated from Roger Williams in May 2019 with a Bachelor’s Degree in Elementary Education with a Minor in Mathematics. She now works as a middle school teacher in Manchester, CT!

​Miss Maddy grew up in Guilford, CT where she started her gymnastics career at The Nutmeg Twisters. She trained and competed for 10 years on their Junior Olympic team where she ended as a Level 8. Miss Maddy was also the captain of Guilford High School’s gymnastics team and was named to the All Southern Connecticut Conference team in 2015. She began coaching, as well as running birthday parties, and summer camp programs over 5 years ago. She has experience working with a wide variety of ages and skill levels. Miss Maddy recently graduated from the University of Delaware in 2020 with a Bachelor of Science in Medical Diagnostics and is currently working as a Medical Scribe.

Miss Gretchen: Acro & Dance Instructor
​Gretchen grew up in East Haddam, CT and began her dance training at Doreen’s Dance Center in Colchester. She danced for 15 years and trained in Jazz, Contemporary, and Acrobatics. At Doreen’s, she was a part of the first Acrobatics Competition team as well as an Assistant Teacher for many acrobatics classes. She learned many advanced tumbling skills as well as proper technique for tricks under the direction of Esther Erickson. After graduating high school, she began teaching acrobatics at Doreen’s Dance Center. Gretchen graduated Marist College in 2017 with a degree in Digital Media and Graphic Design Minor. At Marist, she was a member of the Marist College Dance Team. She competed at NDA Collegiate Dance Championship in Daytona Florida and performed at many sporting events. She was also a member of the Marist College Dance Ensemble where she was able to explore different styles of dance and learn from many choreographers. Gretchen is very excited to share her passion for dance and acrobatics with the students of RAD!


Miss Paige: Dance Instructor
Paige has been dancing for over 20 years and has been trained in Tap, Jazz, Ballet, and Hip Hop. Not only did she train, but she was also an assistant dance teacher for 5 years.  For 3 summers, Paige trained with the Radio City Rockettes where she took part in the Rockette Summer Intensive where she learned original Rockette choreography and danced on the prestigious Radio City Music Hall stage.  In 2014, Paige attend Roger Williams University, where in 2018 she graduated with a Bachelor’s Degree in Marketing with minor in Spanish. While at RWU, Paige was a member of the RWU Dance Club, the largest organization on campus, for all fours years. Paige continues to further her dance education by taking many master classes all over the country! 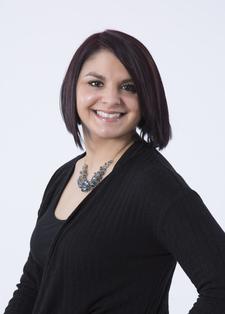 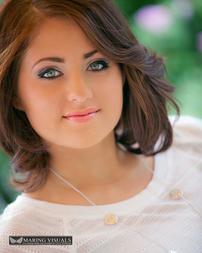 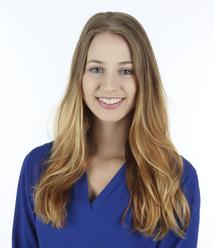 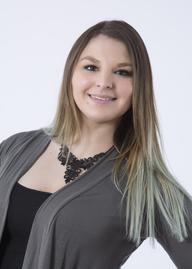 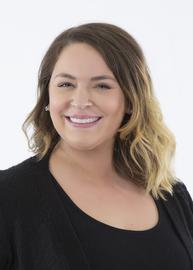 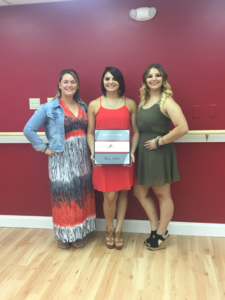